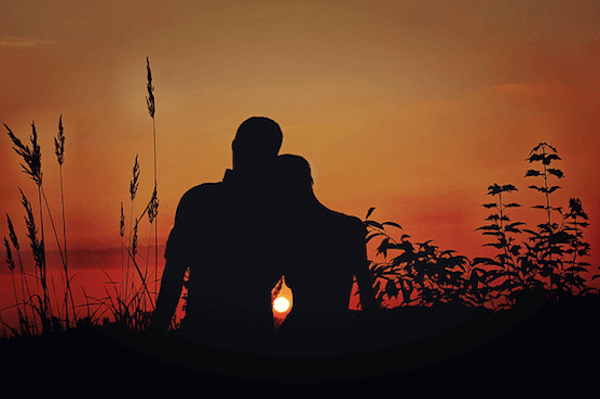 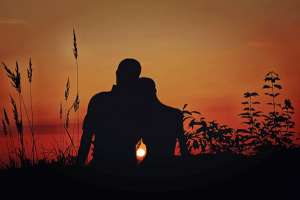 As a longtime marriage counselor and love coach to hundreds of couples, I have seen the pain that an unhappy relationship can cause. I have also seen how love skills, good communication, and mindful practices can make the same relationship better.

There are numerous studies including the 90-year Grant study, along with Susan Pinker’s recent TED Talk, which emphasizes that the greater our social network, the happier we are—and the longer we will live.

Now, there is even more good news! The happier the marriage, the longer the life.

New research indicates that good health is an additional benefit of a healthy and happy marriage. InsuranceQuotes.com, using a ten year Bureau of Labor Statistics study of Tens of thousands of respondents. (The BLS survey receives a different participation rate each year. It averages between 13,000 and 15,000 respondents for each annual survey) .

The study has determined that not only does a happy marriage benefit our health, but the happier the marriage, the longer the life. Here are some of the findings:

1. Satisfying lives
Satisfaction among married people never dipped below that of divorced or never-married respondents.

What this means is that people in committed relationships had more satisfying lives. The unhappiest people were 54-year-old divorced individuals, while the most satisfied were married couples in their late 60s.

Overall, singles reported less well-being than those who were lovingly mated.

Although a small difference is consistent with other information regarding health, and the divide was not hugely significant, single individuals exhibited a wider range of BMI than their married counterparts.

3. Better overall health
On average, married couples reported better overall health throughout their lives. Of course, good health decreases with ages, regardless of marital status, but even with the ebb and flow of ageing, the line representing married people was above the other two groups, especially at midlife.

In line with the insurance industry study, a study by Carnegie Mellon University found that married people have lower levels of cortisol than single or divorced people.

This suggests that marriage may improve health by helping us defend against the psychological stress that raises this hormone.

Regarding heart health, a recent study of 25,000 people in the UK found that marriage is also good for heart attack recovery.

Following a heart attack, married people were 14 per cent more likely to survive and were able to leave the hospital two days earlier than singles.

The bottom line?
People in a happy and committed relationship have stronger immune function than those who are not.

More Happiness
On a scale from 1 to 10, married respondents were almost one full point happier than their single or divorced counterparts.

It turns out that pairing off with a lifelong companion has its perks—including, but not limited to, a lowered chance of depression, a longer life, and a higher likelihood of surviving a grave illness or major surgery.

According to the insurance survey, happily married people can also expect a higher rate of overall life satisfaction.

Divorced people bottomed out at age 54 and were happiest at age 70 and above, while those who never married were at their happiest in their youth and old age.

People who are married may have healthier lifestyles
The takeaway from the InsuranceQuotes.com study is that married people are just a little happier, slimmer, and healthier.

None of the studies professes to know why this is, but people who are married may have healthier lifestyles, eat better, take fewer risks, and have stronger mental health due to a built-in support system.

It’s important to remember that these statistics refer to people in marriages that are mostly happy. (I say mostly, as nothing is perfect).

It is best to be in a good relationship; it is worse to be in a bad one. It is also important to note that being single can be a highly rewarding way of life with great benefits, including health and a full and rich support system.

While statistics may point to certain lifestyles and decisions that influence our well-being, the individual work a person does on their body, mind, and spirit is the true bellwether that determines the heart and health of our relationships and our lives.

Final thoughts
I use the term “marriage” here, but the findings can apply to any long-term healthy partnership and committed relationship. Please also note that this is not just any marriage, but one that is healthy and mostly happy.