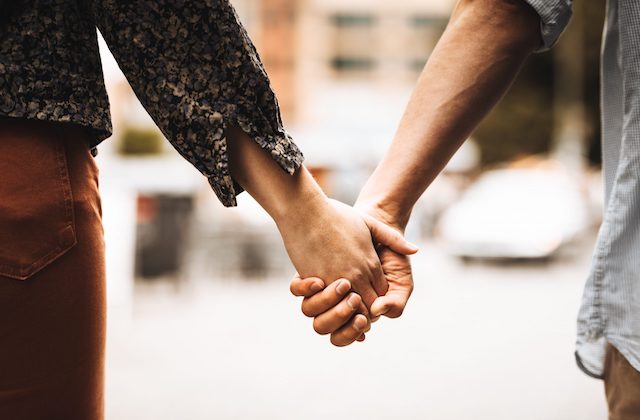 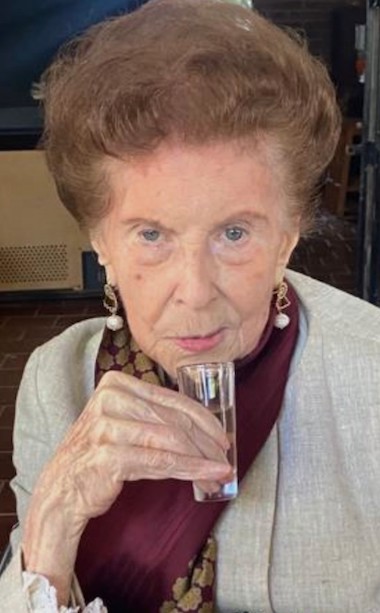 My friend’s Aunt Tita died this week in Mexico. Here’s a photo of her on her 98th birthday sipping tequila. She died two months after this photo was taken.

Tita had eight children and was widowed in her thirties. She never took a parenting class, read a self-help book, or took supplements. She walked a lot, but she didn’t go to the gym, practice yoga, or do Tai Chi in the park. She ate meat, gluten, and sugar, and she often drank shots of tequila. She worried about her kids, loved them deeply, and reminded them regularly that they were a part of something bigger than themselves.

In her provincial Mexican town, Tita was part of a community that cares for one another — a community that loved and cared for her for nearly a century. The community brings food to the sick, watches each other’s babies, and tends to their aging parents. They spend long hours in the town square gossiping, listening to each other’s troubles, and cheering each other on through trials and triumphs.

When Tita died, the church was full of flowers, cards and people who had been graced by her presence in their lives.

Her story is the epitome of “a life well-lived.”

I’m not criticizing how people care for themselves today through food, exercise, and health choices. Tita lived for many years before industrial agriculture started negatively affecting our lives and migration of families and ecological troubles created a need for other ways to balance ourselves and find other ways to create community. What is so interesting is that Tita’s story mirrors current research on what makes for a good life.

Longitudinal and short-term studies show that what matters most to human beings is a connection to others — belonging to a community and caring for it.

Loving relationships that survive inevitable troubles and struggles help our brains and hearts stay healthy, and this comes down to three qualities: affiliation, meaning, and altruism — how we connect, create meaning in our lives, and look after others.

There’s a cliché in blogland that you can’t love anyone until you love yourself. I believe this is not only untrue but also worrying. If we wait around to love ourselves before we love anyone else, we’ll be waiting a long time. Love is a FEELING; loving is a SKILL WE PRACTICE. We can certainly practice self-care, but despite the self-help gurus’ grim pronouncements, we need to understand that self-love doesn’t exist as a solid state of being. And sometimes, by caring for others, we feel a cousin of self-love: self-respect.

I knew a woman who had six children. Her husband left her early on, and she raised her kids working two, sometimes three, jobs. She cleaned houses and took in sewing, and she did a fabulous job as a mother. Five of her children went to university or learned trades; they had rich lives. The sixth child didn’t fare so well. He dropped out of school at fourteen and got into petty crime; he constantly struggled with addiction. When the mother turned eighty, she was diagnosed with a fast-spreading illness and told that she had only six months to live. The children who prospered each insisted, even begged, that she live with them. But she said no; she wanted her youngest to care for her.

And he did. Over those six months, he became more and more caring and responsible. By the time she passed, he had won the respect of his siblings and was on a path to a job in care. Most importantly, he broke out of the devastating cycle of considering himself a failure and started feeling self-respect for the first time. Had he waited to love himself first, he’d still be waiting. Like my friend’s Aunt Tita, caring for someone else helped him find meaning and wellness.

In honor of beautiful Aunt Tita…