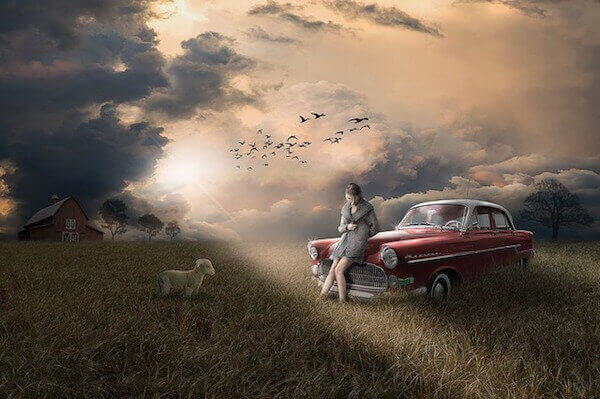 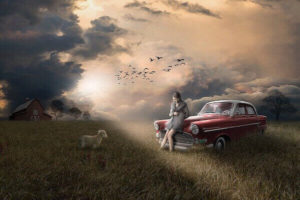 For some people, worrying manifests in the form of problem-solving that spins out of control and leads to anxiety, insomnia, or even panic attacks. Interestingly, others see it as an important part of cognitive functioning.

In medicine and psychology, a certain kind of patient is referred to as "the worried well." This expression describes someone who panics at the slightest ache or pain and floods the offices of physicians, acupuncturists, and naturopaths with their disastrous self-diagnosis and imagined catastrophic outcomes. Then there are the worriers who panic about being too late or too early, being held up at the grocery store, or immediately assume that "no news is bad news."

Whether you're the type to worry about medical woes or the more mundane aspects of life, you'll be relieved to know that new research shows there's actually a positive side to worry and that familiar axiom "Don't be such a worrywart" might not be the best advice.

Here are three ways worrying can actually work in your favor:

1. Worry can be motivating.

Kate Sweeney, associate professor at the University of California, Riverside, recently co-authored a study in the Social and Personality Psychology Compass about the upside of worry. She says, "Worry is really good for alerting us to the fact that there’s something we might need to be paying attention to and do something about." In other words, there are many things people are afraid will happen, and because of their concerns, they use their seat belts, remember their sunscreen, and make sure their taxes are done well ahead of the due date.

Sweeney adds, "It seems that both too much and too little worry can interfere with motivation, but the right amount of worry can motivate without paralyzing."

2. Worry can lead to creative inventions.

Researchers at King's College in London made the connection between anxiety and a stronger imagination. According to Dr. Adam Perkins, an expert in the neurobiology of personality, "Cheerful, happy-go-lucky people by definition do not brood about problems, so they must be at a disadvantage when problem-solving compared to a more neurotic person.”

While it is well-known in the arts that one’s distress may lead to great music, painting, and poetry, this is also true for scientists and inventors. There really is something to the old cliché "Worry is the mother of invention." So many great inventions were seeded by the inventor’s attempt to soothe interfering thoughts and fears about future possibilities.

3. Worry can bring on relief, even when everything is OK.

If you're a person who rushes to the most negative conclusion to explain why someone is late, why you didn’t get early notice about passing a test, or why you can’t find your wallet, you will not only be prepared if the "worst is true" but feel a great sense of relief when worries about your imagined catastrophe turn out to be unfounded.

Like so many attributes that we polarize into "good" or "bad," worry has two sides and includes definite advantages along with well-known difficulties. The key is balance, or the ability to manage worry so it doesn't manage us.

How should you manage worry?

One tactic, sometimes used in cognitive behavioral therapy as a method to help people sleep, is called "stimulus control training for worry." This means we are intentional about our worry, we allow it without judging it, and we make the decision to plan it into our day, which moves it out of our sleeping time.

One example would be to make a list of your fears without judging them in a "worry journal" for 15 minutes each day. Make them into a to-do list, describing a few problem-solving ideas for each worry. Allow these worries to exist there and greet them with ideas for managing them without judging, no matter how outrageous or outlandish they may seem. After you shut the journal, give yourself permission to shut off the worries until you open it again.