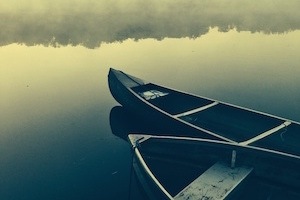 The satisfaction of saying “I told you so” can damage your relationship. 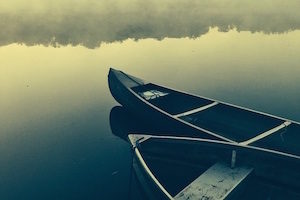 Our brain chemicals reinforce our behavior. They reward us by zapping us with excitement and bubbly happiness produced by dopamine, our biochemical feel-good drug. Then, just as quickly, those chemicals punish us. The dopamine high recedes, the magic disappears, and we feel flat again.

So we try again. It’s natural to want what feels good.

Think about gambling. You bet, you lose, and you feel let down. You try again. You lose again. You feel worse than you did the first time around. Yet you can still dimly remember the jolt of happy juice that turned you on the last time you hit the jackpot. That was 20 bets ago, but so what? You’re ready to lose as many times as you need to, just to get that hit of feel-good drug again.

There’s another kind of addiction that works in a similar way–the need to be right. Merriam-Webster tells us that righteousness means having a sense of “acting in accord with divine or moral law, often with an outraged sense of justice.” Adrenaline and dopamine reinforce the certainty of our righteousness, so we do what it takes to regain that feeling of self-important virtue as often as possible. This craving of ours creates a lot of trouble in work and love relationships.

Have you ever noticed how good it feels to be sanctimonious, to “know” that you’re totally and completely right, and that everyone else is absolutely wrong? (To feel you’re wrong never feels good, that’s for sure.) Interestingly, it’s often the people whose inner critic is the harshest judge that have the strongest urge to feel morally superior and to always be on the winning team.

When we decide we’ve met our soulmate, we leap at whatever stray evidence supports our joy and ignore anything that might signal trouble ahead.

Here’s an example. When Donna and Jon moved into their new home, they were delighted with their spacious backyard and installed a pond. A landscape gardener by trade, Donna planted ferns, lilies, and grasses to surround the koi and goldfish. Their neighbors admired her work but warned the couple that raccoons had been seen in the area lately and were liable to do some damage. Jon was concerned, but Donna assured him that she would rework the landscape right away to create some deterrents. Then she got busy with clients and put off the anti-raccoon project.

As the weeks went by, Jon repeatedly urged Donna to do something to ward off the masked invaders. He even offered to hire someone else to do the work.

“You don’t have to control everything,” Donna snapped. “I’ll get to it.”

Jon said nothing more. A week later, he was the first to awake to backyard devastation. Lilies had been pulled up, dead fish flung about, holes eaten in the pond liner, and most of the water drained. Although he was saddened and horrified, he also was aware of a surge of righteous indignation as he marched into the house to awaken Donna with the news. Jon felt almost giddy with satisfaction, intoxicated by the proof that he’d been right.

“What did I tell you?” His voice dripped acid.

Jon’s reaction points to a trap that many of us fall into. He used Donna’s procrastination as an opportunity to vent his anger about all sorts of grievances that had piled up over time and had little to do with raccoons or backyard ponds. What unlocked Jon’s rage was the conviction that he was in the right. Donna really had screwed up, which gave him license to unload on her.

Jon turned to the woman he’d once admired more than anyone else in the world and spit out, “You’re an idiot.”

In the first throes of love, when we decide we’ve met our soulmate, we leap at whatever stray evidence supports our joy and ignore anything that might signal trouble ahead. As the relationship continues and we begin to notice the fact that our lover is a fallible human being, infatuation gives way to disappointment, and now just about everything our partner says can become a justification to find fault. This behavior doesn’t happen only in love relationships, but also with friends, co-workers, and family.

How do we break this addiction to being right?

Admit and Accept
Once we accept that we’re driven to be right and that we derive a dark pleasure from it, we can also admit that what we’re up to is only human. There’s no need to condemn ourselves, but we do need to acknowledge what’s going on.

Inner Critic
Not everyone suffers from this addiction, so why did Jon have such a need to be right? One clue is his own inner critic. He spends a lot of his time talking to himself with criticism, frustration and disapproval about his own actions. criticism, frustration or disapproval about our actions. Awareness of this might help him interrupt his knee-jerk reaction to use the same tactics on Donna.

Catch It As It Happens
If we can create a “compassionate witness” to observe this drive we have to be right we can gently catch ourselves in the act. We note that we’re on our high horse. And we even admit to ourselves how strangely good it can feel to have the power over another person because we’re right. Finally, we are careful NOT to criticize ourselves for this, just gently stop it from happening.

Try Something New
Find a way to pull out of the curve of habit that can become addictive. Distraction is one way. Some moms hold out their bunch of keys to jangle and attract a baby with an eye on a cup of hot coffee. We’re just as capable of finding ways to divert ourselves, too. For example, when my husband would spend six hours in our garden, I would notice one thing; that he hadn’t put the hose away in the right way. All his planting ,mowing, and weeding was lost on my fixation on what he had done wrong. I remembered the trouble I have in keeping up the checkbook and how patient he is with me about that, so before I went to look at his love labor in our yard I said a silent appreciation to myself of his tolerance and acceptance of my imperfection. With a gentle nudge, we can bounce ourselves out of our usual orbit of reflexive righteousness. Repeat the nudge as needed.

This post originally appeared in The Good Men Project.