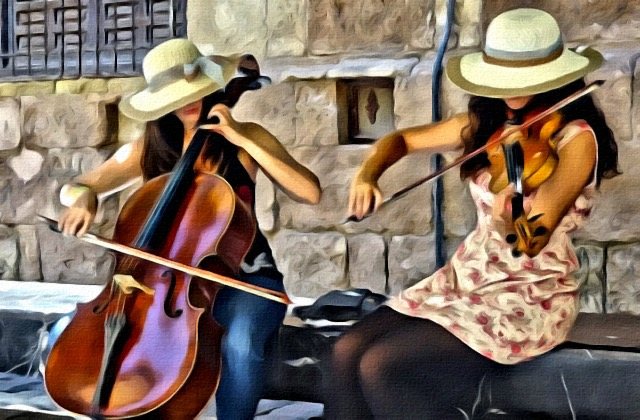 One of the things that most identifies the quality of wholeheartedness is realizing the powerful impact we have on the planet, other creatures, and other people. We positively impact our world by minimizing environmental damage, volunteering, and donating to worthwhile causes.

We impact our partners in how we care for our physical, emotional, spiritual, sexual, and financial health and by becoming the best people we can be. Just as we influence the world (in good and bad ways), we are also impacted by others. Sometimes, acknowledging those who have helped us become our best selves is a gift we give ourselves. This week, I thanked someone who changed my life—and felt the gift I gave her through my appreciation.

When I was a troubled 13-year-old, I was sent away to a Catholic boarding school to be “straightened out.” The nuns of the early 60s were ill-equipped to handle a distressed teen, and trouble followed me everywhere, such as into my studies, where sitting still and finishing projects seemed impossible; into my dorm room, where a steady stream of demerits descended for messy drawers and a badly made bed; and even into daily morning mass, where my whispered jokes and eye-rolling were always caught by an eagle-eyed nun. My saving grace was an older girl named Barbara, who was a senior, student body president, and everyone’s favorite. To me, she was golden. Barbara excelled at everything she did and earned a “good merit” for every one of my demerits. She was beautiful, smart, kind, and that tricky, torturous word that I defined as everything I was not: “cool.”

I worshiped Barbara, and to my astonishment, she saw something in me beyond all the trouble. She noticed me and smiled often at me, and she gave me gifts of contraband Monterey Jack cheese to hide under my bed and Jean Nate talcum powder to keep under my mattress. Barbara told me I had a bright and adventurous spirit and defended me endlessly against Sister Iris, the tall, bespectacled Mother Superior, whose job seemed to be to remind me about my failures and wickedness. Barbara graduated and returned home to Hawaii, and I left the school shortly thereafter, more convinced than ever that I was missing what I needed for a rewarding life.

We lost touch over the years, and all the troubles that had been predicted for me came to pass (and then some). Barbara, on the other hand, stepped into a life of much greater predictability and ease yet still far from my imagined perfection. However, every once in a while, I remembered her words of support and upon reflection, my idealized sense of her became my own North Star, pointing me to a more realized self and life.

When I was 50 years old, I taught a weekend seminar citing research that for many kids with difficult home lives, having one person believe in them made all the difference in helping them to become the people they were meant to be. Immediately, I thought of Barbara, remembering her kindness and ability to see my true potential. Her impact on me was one of the most important reasons I began seeing myself as the bright spirit she had recognized. Later that year, I was in Hawaii and looked Barbara up. She still had the same great qualities, and at first I found myself almost tongue-tied in her presence. I felt 13 years old again. I managed to (stumblingly) tell her how much her support and kindness meant and that it helped me develop resilience and progress from a crumbling to a thriving life. I later realized that although I was giving something to her (appreciation), I really wanted something back: appreciation, approval, more affirmation that I was ok. The encounter was yet another version of the 13-year-old and her idealized mentor.

I saw Barbara a few times after that, each time with more ease. Yesterday we had lunch, 65 years after we first met. Barbara is easily the “coolest” 80-year-old I have ever known, combining the best qualities of depth with the shallower ones I enjoy since Barbara is still easy-going, charming, precise, confident, and kind. She wears wonderful clothes and lives in a body full of grace and ease. After lunch, she thanked me for finding her and reminding her of her impact on my life. We sat at the water’s edge at an outdoor restaurant, sipping Pellegrino with lime, and fell into a state of mutuality that I had never known with her. Now, we were two old friends, enjoying over 65 years of knowing one another. We talked about our lives and exchanged sorrows and struggles—stories of managing painful losses and unexpected gifts. We agreed that the secret of life came down to the serenity prayer; accepting things we cannot change and changing things we can. If there is such a thing as feeling complete in a relationship, I felt it when we said goodbye. I was grateful for what she had given me, glad I had found her to thank her, and mindfully appreciative of all the years she had been a part of my life. The wholehearted feeling seemed to grow.

On the way home, I found a plastic bottle lying in my path, carried it until I found a recycling can, and handed a five-dollar bill to a homeless woman on the side of the road. I felt I was carried on the wings of wholeheartedness, wishing I could live in such grace each day.

Author Brene Brown says, “Wholeheartedness is like a North Star. You can never get there. But you know when you’re heading the right way.”

I read somewhere that there are 7.75 billion people on this planet. Imagine if each of us performed a small gesture to impact this world and those in it some way, each day. What is one thing you could do, right now, to begin?