The new book from 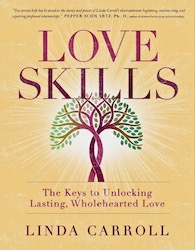 Love Skills is a practical guide to help readers design their own tool kit for creating and maintaining a loving relationship.

Exercises, activities, self-assessments, and other concrete tools allow readers to understand where they are in their relationship. Thorny issues are addressed, including the loss of sexual energy, why what once seemed endearing is now annoying, and the many ways that family history and personality type can wreak havoc in relationships. 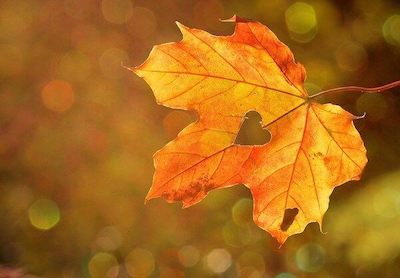 Before we can talk about what wholehearted love is, we need to understand what wholeheartedness itself is. While I was writing this chapter and pondering the meaning of this term, a government shutdown threw the country into chaos, perhaps most obviously at the airports.

I had just checked out of my hotel in Washington, DC, to take a plane to Detroit. The man standing in line next to me was also going to the airport, and I remember his comment: “This is going to be a nightmare. Hundreds of people, and no one to check them in.”

He was partially right. There was one huge check-in line for the entire airport with very few staff to move people through. Mixed together were families from India with overflowing carry-ons and backpacks, three brothers from Nigeria, and an elegant woman from Thailand who didn’t speak English. There were women with headscarves, men with Afros, and businessmen in suits. It was a melting pot for sure, but instead of the expected angry faces and loud protests, something else happened that morning. The spirit of helpfulness was palpable, and no one complained even though some flights were being missed or cancelled.

During the ninety minutes I stood in line, I saw several things unfold. A Muslim woman handed out apricot halal candy to a family from Guatemala with four kids. People chatted with one another, sharing their anxiety about missing flights and telling stories from their lives — about where they had come from and where they were going — more deeply and honestly than I’d ever heard strangers share. 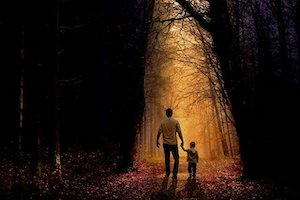 The Nigerian brothers insisted an older couple go in front of them and helped them with their large carry-ons as the line slowly moved forward. Many people thanked the few TSA staff for coming in to work that day without pay. Oxytocin — the “love hormone” — was in the air, and the spirit of goodwill was everywhere.

That is wholeheartedness. Out of life’s brokenness, its troubles, and impossibility, we come together to care for and support one another in authenticity and intention. We connected that day through our shared struggle about the disruption to our lives, the vulnerability we were feeling, and the kindness we showed to each other in the midst of a fiasco.