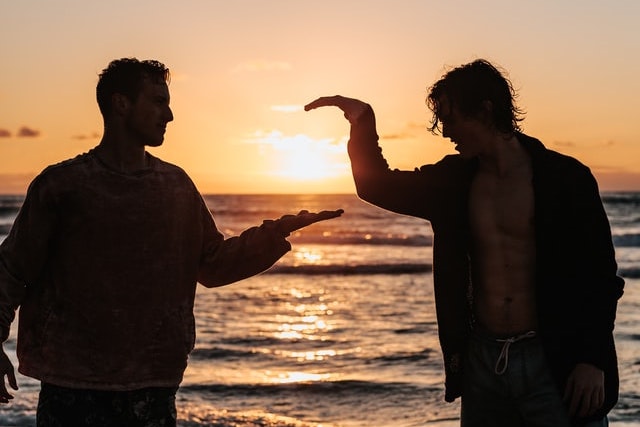 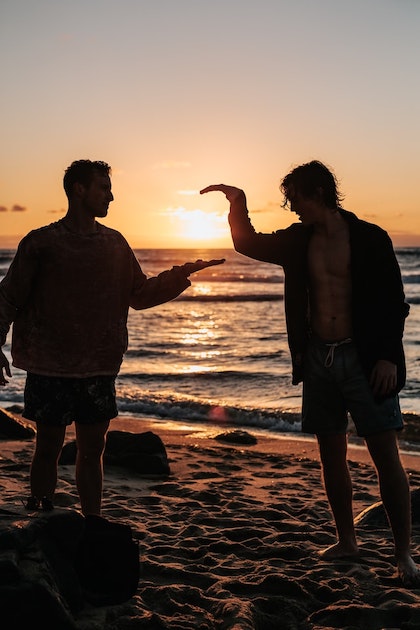 My 20-year-old grandson was living in downtown Portland at the height of Covid craziness in a warm, well-furnished apartment. Outside his cozy home, there were many houseless people, some of whom were mentally ill, dealing with cold, a lack of showers and toilets, and streets strewn with hypodermic needles, with no other option than to live on the street.

One morning, he took his dog Sunni for a walk and saw a man who was talking to himself and making extravagant gestures. Alex looked directly at him and locked eyes with the distressed man for a moment who then began to scream at him. He pulled out a knife and started to chase him, threatening harm and worse (I’ll leave “worse” to your imagination). Alex grabbed his dog, ran to safety, and spent the rest of the day thinking about what had happened.

The next morning, he left his dog at home, put on a warm jacket, and walked in the direction of the houseless man. Nearing the place where he’d been, Alex bought a burrito (with all the fixings) from a nearby food truck and carried it to where the man was sitting in the same place he’d been the day before.

He handed the man the burrito wordlessly.

The man took it, ate it ravenously, and thanked him.

Alex said, “Hey, man, why did you get so mad at me yesterday?”

The man began to talk, and for two hours, Alex heard a story of such dramatic abuse and survival from a life of horrors that he felt forever changed. At the end of the long conversation (with Alex mostly listening), the man apologized and thanked him again for the burrito and for coming back.

I began to think about the importance of “the Burrito” in the crazy and divisive times we live in. How is this story something we can all learn from?

When we are challenged, we respond in three major ways.

One is to offer a burrito.
I am reminded of an organization called “Better Angels” of people from different and opposing political views who come together to hand each other a “burrito” by listening and speaking.

In nonviolent communication training for couples, Marshall B. Rosenberg developed a series of skills to reduce the level of violence in the words we use by seeing our common humanity and similarity mirroring rather than trying to defend, reform, or change each other.

Our second response to sensed danger is the sword.
John Gottman’s Four Horsemen of Relationship Trouble are examples of toxic words—contempt, criticism, stonewalling, and defensiveness. Fighting, escalating, blaming, sarcasm, and evidence collecting are things many of us have learned to do to stay safe, and we bring those out as our first line of defense when we need to protect ourselves.

Sometimes, we need our sword in healthier ways—to challenge, to set firm boundaries, and to clearly express NO. Other times, we pull it out because it’s what we know best.

Our third response to protect ourselves is with a shield.
We deny or minimize what is happening, acquiesce, and apologize, even when we don’t feel we’re at fault, striving for constant positivity, as though insisting on seeing the bright side will make the darker go away. The popular movie “Don’t Look Up” (with mixed reviews) tells the story of astronomers attempting to warn humanity about an approaching comet, while the majority of the world refuses to acknowledge the seriousness of the event by “not looking.”

There are healthy versions of the shield—we can intentionally walk (or even run) away from trouble, ask for help, seek shelter if necessary, or move away from a tricky encounter by redirecting the focus.

We need all three, and they’re all useful. Through practice and observation, we can learn how to use each in appropriate and healthy ways.

I love my grandson’s story. In some ways, his response was naïve and dangerous—it could have turned out badly—but he is young and believes in the power of redemption, olive branches, and connections.

In the spirit of the burrito, I ask you to think about whether you may be using a shield or a sword out of habit when handing someone a burrito might change the whole trajectory of an interaction for the better.

We are living in a time when swords and shields make bigger headlines, but I think of the mission of the Better Angels movement, whose name is based on a quote from Lincoln’s 1861 inaugural address: “Though passion may have strained, it must not break our bonds of affection,” he said, calling upon “the better angels of our nature.” Without being naïve or in denial but honoring the power of all three ways to protect ourselves and one another, what ways can you honor your own better angels in the more difficult relationships in your life?